The Future of Tourism after the Crisis 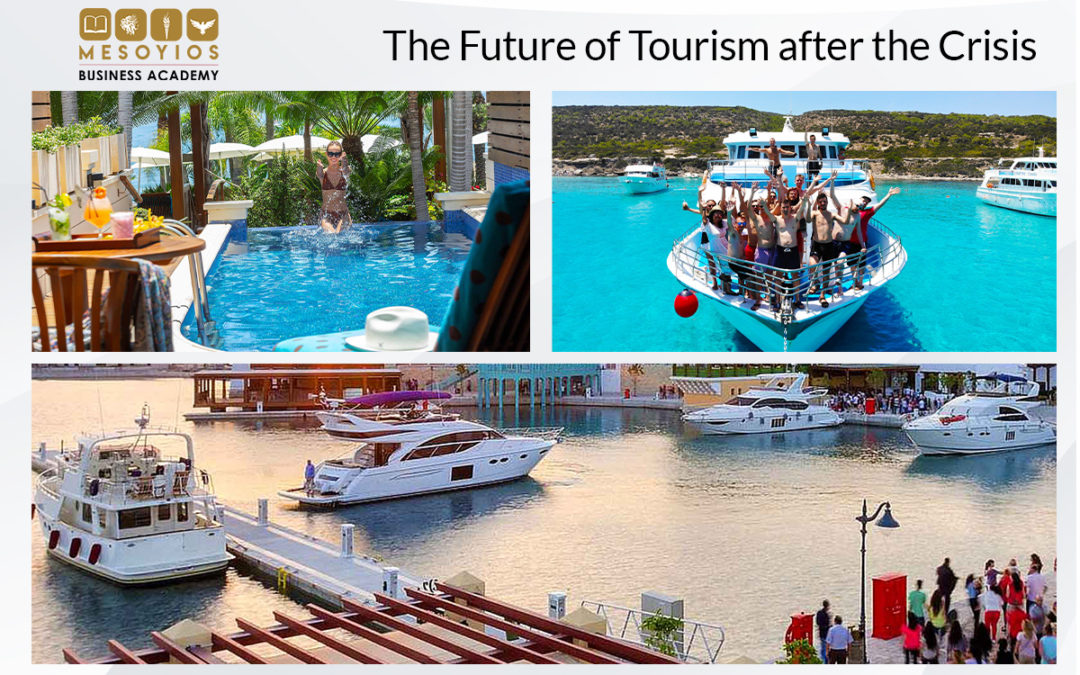 It is now a fact that tourism and similar professions will suffer in the short term but also in the medium term (hopefully not in the long term) because of this crisis in the economy, and it is very important that tourism professionals in Cyprus begin to develop a new model of tourism management in this sector. Tourism has been facing its greatest challenge for many decades, according to estimates by the World Tourism Organization (WCO). The spread of the virus internationally is causing great turbulence, particularly affecting travel traffic, as direct contact between tourists and workers is a building block in the tourism sector. Air transport has already been hit hard by companies cancelling flights and putting aircraft’s on the ground.
WCO calls on governments and international bodies to prioritize tourism in their initiatives and actions to address the consequences of the corona-virus. At the same time, the World Health Organization continues to issue instructions to avoid travel and on-the-spot transactions in regions that are experiencing outbreaks of the disease. In view of the above, the WCO reviewed the provisions regarding travel in 2020. Tourism this year is expected to grow from 1% to a maximum of 3%, instead of the 3% to 4% that was expected before the start of the epidemic. Money losses are estimated at $30 billion to $50 billion.
The worst blow is expected to come from the tourism sector in Asia and the Pacific, where the drop in arrivals is estimated to be between 9% and 12%. For the remaining regions, the WCO considers it premature to make estimates, as developments with corona-virus are constantly changing and for the worse so far. The WCO stresses that the above considerations are also provisional and should be reviewed again as the situation develops.
Recovery measures
The SG of the organization, Zurab Pololikashvili, notes that the overall effects of the corona-virus will impact the tourism industry, especially small- and medium-sized tourism enterprises, which make up 80% of the sector and are even more at risk, not to mention the fact that there are whole communities throughout the world surviving mainly from tourism.
Political and economic interventions to support tourism will also be fundamental in dealing with the economic damage caused to the whole economy by corona-virus. In recent decades, tourism has been established as a particularly important sector contributing to sustainable economic growth, employment and international mutual understanding. The World Tourism Organization as a UN agency declares itself ready to provide guidance and support to tourism operators in the public and private sector.
Akis Ioannidis
Head of planning and education/ Human resources Manager
MBA–Mesoyios College

Any cookies that may not be particularly necessary for the website to function and is used specifically to collect user personal data via analytics, ads, other embedded contents are termed as non-necessary cookies. It is mandatory to procure user consent prior to running these cookies on your website.